Investment casting is one of the oldest manufacturing processes, dating back thousands of years, in which molten metal is poured into an expendable ceramic mold. 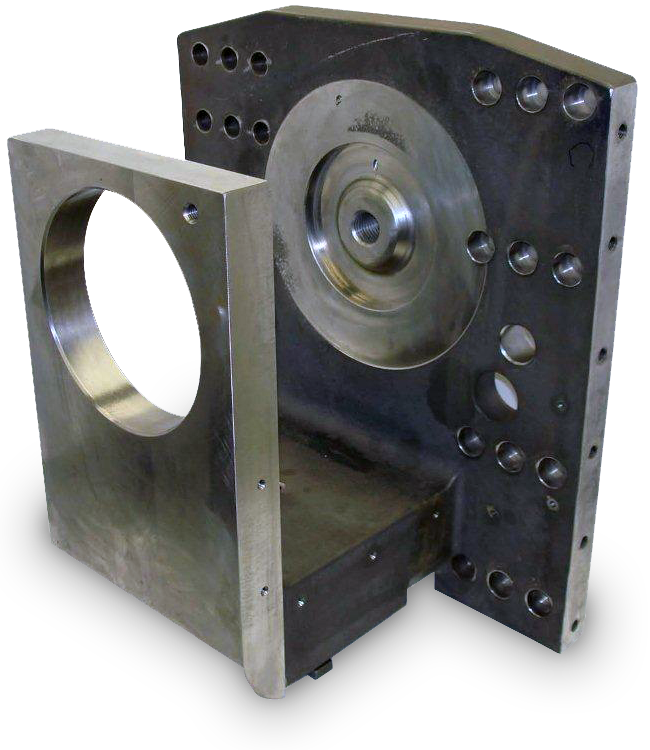 The mold is formed by using a wax pattern - a disposable piece in the shape of the desired part. The pattern is surrounded, or "invested", into ceramic slurry that hardens into the mold. Investment casting is often referred to as "lost-wax casting" because the wax pattern is melted out of the mold after it has been formed. Lost-wax processes are one-to-one (one pattern creates one part), which increases production time and costs relative to other casting processes. However, since the mold is destroyed during the process, parts with complex geometries and intricate details can be created.

This process is beneficial for casting metals with high melting temperatures that cannot be molded in plaster or metal. Parts that are typically made by investment casting include those with complex geometry such as turbine blades or firearm components. High temperature applications are also common, which includes parts for the automotive, aircraft, and military industries.

Investment casting requires the use of an aluminum die, wax, ceramic slurry, furnace, molten metal, and any machines needed for finishing such as sand blasting, cutting, or grinding.

The process steps include the following: 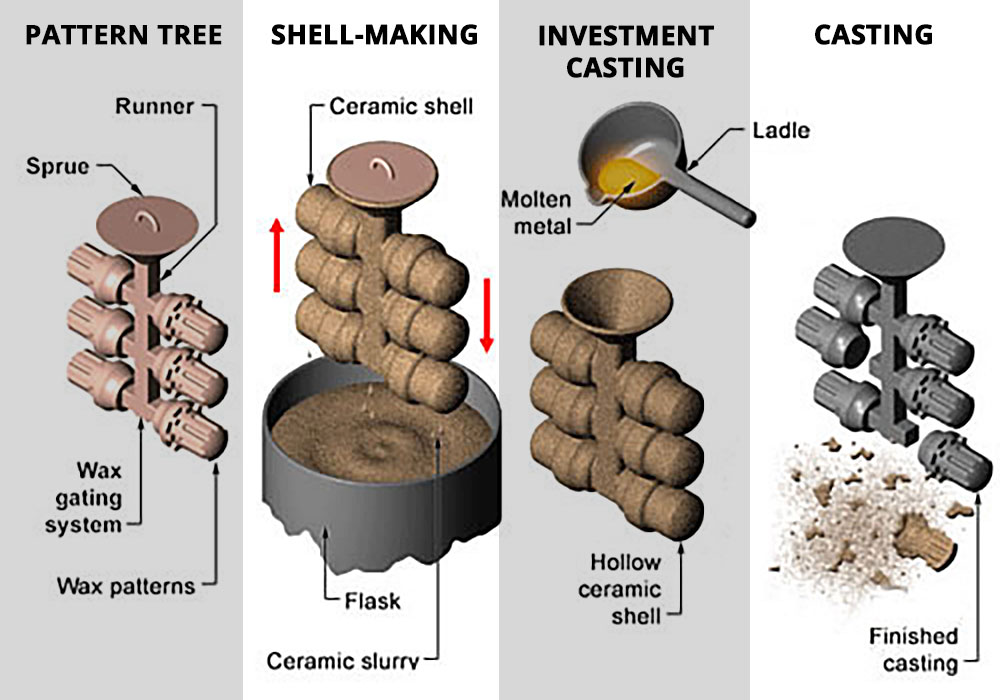